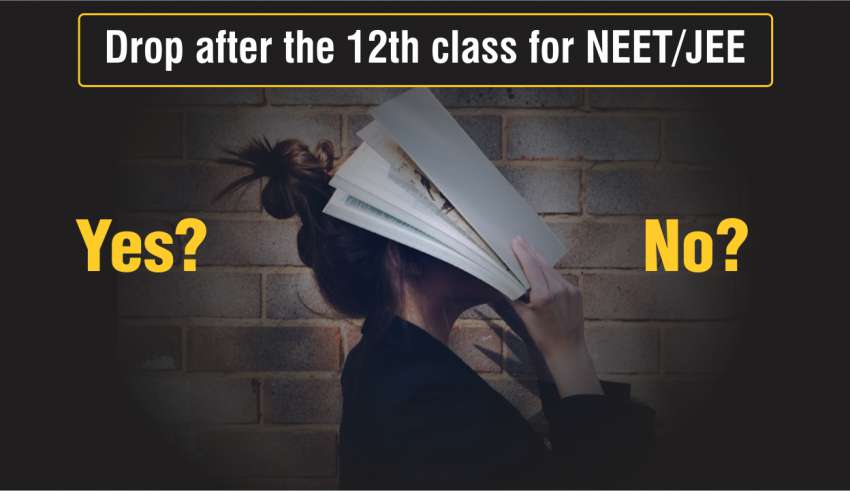 The question that bothers NEET and JEE aspirants the most is whether take (take with a grain of salt idiom synonym) one year gap after the 12th or not. The engineering entrance exam and medical entrance exam are the toughest exams conducted by the NTA in India. Around 9 lakhs applications have been received for JEE Main 2022 so far and 11 lakh for NEET 2022 exam. In comparison to the seat available in engineering and medical colleges, the ratio of the number of applicants is very high. Hence, it becomes challenging for 12th board students to perform well in both board and entrance exams. Most students are unable to crack JEE or NEET because of 12th board exam pressure. But is it a wise decision to give up on one try rather dropping for a year?

If you are confused about what to do after class 12th when unable to crack JEE or NEET with 12th board exams, then given below are some points from Nitin Vijay Sir (NV Sir-Motion Education, Kota) in favour of one year drop. NV Sir, himself took one year drop for IIT JEE after passing 12th, which led his way to IIT-BHU.

Is it possible to complete a 2 years course in one year drop?

Yes, infact, it is easier to implement the concepts you have already learned in Class 11th and 12th in a drop year. When the basics are clear of the topics mentioned in NEET and JEE syllabus, the applicants can utilize their knowledge to practice. Students get one proper year to apply these phenomena by practicing, which will speed up their performance and accuracy.

As students completely focus on one exam after clearing 12th Board exam. Hence, the selection chances increase more in the drop year for JEE and NEET. Moreover, the numbers of selections in these competitive exams are more after 12th in comparison to the selection rate along with class 12th.

Is it possible to secure a good rank?

With no pressure of class 12th board percentage, students get the optimum chance to fully focus on cracking NEET or JEE. The undistracted preparation results in achieving good AIR in these exams. NV Sir and many students are examples who have not just (just in case definition) performed well in drop year but also secured good ranks in these exams.

When students should not opt for a drop year

NV Sir always draws the attention of students to the fact that without hard work and consistency, it is not possible to crack NEET or JEE. The one year drop for NEET or JEE is only beneficial if the student is enthusiastic about studies, want to study and puts endless efforts without giving up. Hence, it is essential to remain mentally strong and undistracted to achieve your final goal.

As NV Sir suggests, try to eliminate ‘Attraction to Distraction’ habits during preparation once decided to take a drop year for NEET/JEE. Students can join one year course after the 12th to prepare for NEET and JEE.

Ans. Nitin Vijay Sir, popular with the name NV Sir is the physics instructor in the coaching institute. He is the CEO and Founder of Motion Education, Kota; a coaching institute that provides classes for NEET, JEE, NTSE, KVPY and other Olympiads.

Q2. Where does NV teach in Kota?

Q3. Who are droppers?

Ans. Students after clearing 12th take one or more year gap for preparation for competitive exams like NEET and JEE are called droppers.

Ans. Yes, regular preparation and learning can bring accuracy to the applicants’ answers. Utilizing one year drop for JEE preparation will surely increase your chances of cracking IIT.

Q5. Is taking a drop worth it for JEE?

Ans. As there is no age limit for JEE Main or one year drop for JEE, if you haven’t dropped in previous, you can definitely try to appear in the exam again. However, cracking JEE will demand your complete attention and determination during preparation till the JEE exam.

List of Top 10 Most Famous Indian Mathematicians and Their Contributions

Many of you may find Mathematics confusing, while others love (fall in love meaning and or… 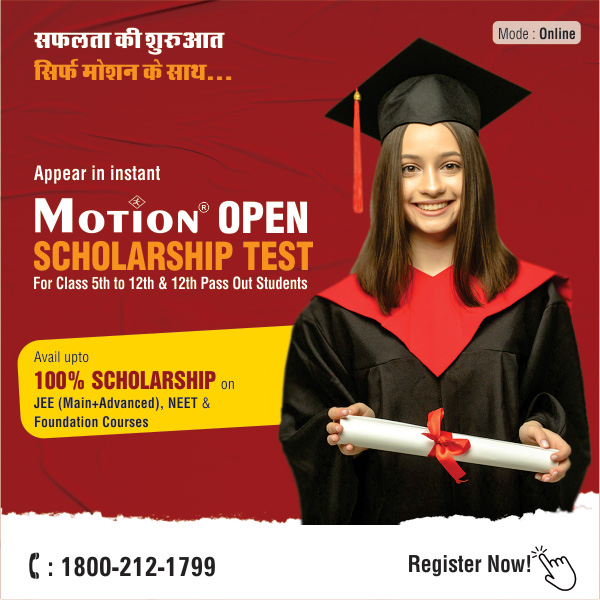 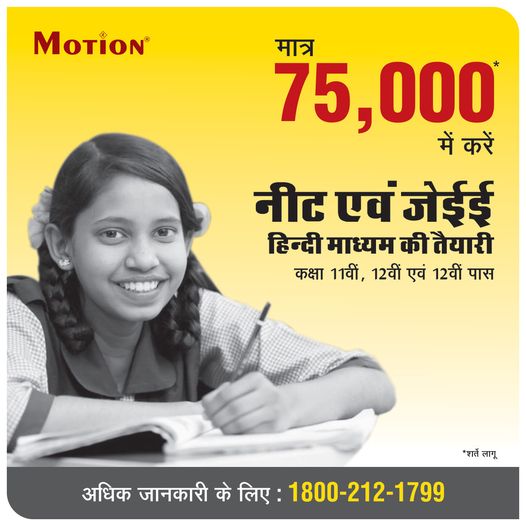 Do you Doubt Yourself? DON’T !!! MOTIVATION by NV Sir